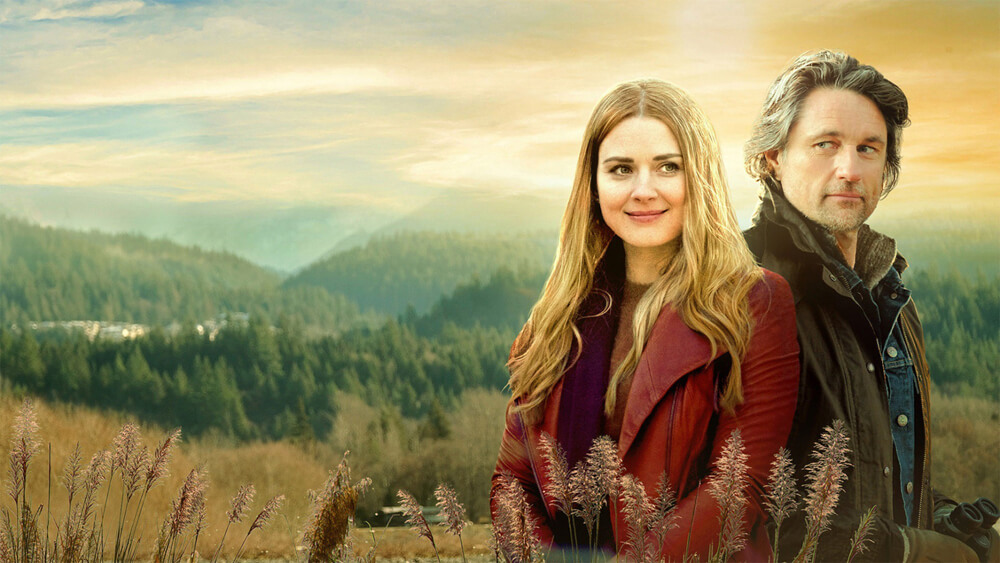 Virgin River, which premiered on Netflix at the end of 2019, follows the story of Mel – a nurse practitioner and midwife – who relocates to the rural northern Californian town of Virgin River.

At the beginning of the series, we’re not quite sure why she’s moved and why it’s without her husband. (We assume that there is a husband as she is wearing a plain gold band on the fourth finger of her left hand.)

However, this mystery is rapidly pushed aside while we are enchanted with the characters who make up the townsfolk of Virgin River.

Hope McCrea, who is played by Annette O’Toole, is the mayor of Virgin River. Rather than being just a figure-head, she is really a ‘hands-on’ mayor as she tries to fix anything and everything but what she does is get entangled in everyone’s business – often with detrimental effects.

Dr Vernon Mullins – or Doc Mullins, as most of the townsfolk call him – is the family medical practitioner in Virgin River. He’s exceptionally crusty and takes almost the whole of the first season to warm up to Mel, even though she does everything to the utmost standards.

For some reason, Hope is always in and out of Doc Mullins’ surgery – with her always criticising what he does. It’s only much later in the first series that we see why their relationship became the way that it did. We’re not going to reveal anything right now but trust us – it’s good!

Jack Sherid – who is played by New Zealand-born actor, Martin Henderson – owns the local bar in Virgin’s River. When he first sets eyes on Mel, we can see that he’s smitten with her and wants to get to know her better.

However, he isn’t pushy as he can see that she’s hurting. But in his own way, he does little things to ingratiate himself with her. For example, when Mel first arrives in Virgin River, she goes to the cabin which she has been allocated. However, it’s not liveable at all and Jack goes out of his way to fix up the cabin to make a home for Mel.

But Jack isn’t without scars himself – both literally and figuratively. When he and Mel move a bed for Hope, he strains his back and Mel offers to rub ointment into the strained muscles. When she lifts up his shirt, she sees many scars on his back. In addition, we often see flashbacks of Jack in his military days together with Preacher and Dan, who are old army buddies of his.

Virgin River is full of character and is exactly what we need to see in these troubling times that we are living in at the moment. It makes us laugh and as happy as big bonuses. It makes us cry, but – at the end of the day – Virgin River and her quirky inhabitants make us feel hopeful that we can live another day.