The medical drama genre of television shows has gained popularity over the last 30 years. While medical doctors can’t stand them, as these shows don’t show medicine as it really is, characters in shows such as Greys Anatomy, The Good Doctor and ER have stolen the hearts of many.

The new kid on the block is Transplant. While it is set in a busy emergency room in Canada, it deals with some real issues that viewers can relate to.

The main character in Transplant is Dr Bashir Hamed, who is played by Hamza Haq. He is a Syrian refugee who fled to Canada with his sister as he is considered to be an enemy of the state as he smuggled in vaccines into the war-torn country.

Because he can’t get original copies of his transcripts, to verify his medical training, he is forced to work as a line cook in a restaurant. However, when a truck careers into the restaurant (and the head of the emergency department at York Memorial Hospital happens to be dining in the restaurant), Bashir is able to demonstrate the skills which he acquired in his home country.

Impressed by Bashir’s skills Dr Jed Bishop (played by John Hannah) – the head of the emergency department – hires him as a resident. Although he has an unconventional way of doing things, he is able to teach the other residents how to really deal with an emergency situation. At the same time, he adapts to the ways that medicine is practised in Canada. 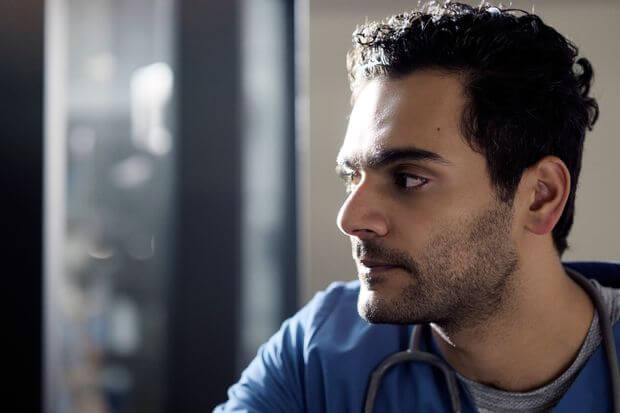 Most medical dramas, up until now, have concentrated more on the relationships between the doctors as opposed to the medicine that is being practised.

Transplant also deals with challenging issues that we – as viewers – are likely to face. For example, Bashir is a victim of red tape and discrimination when he is denied the opportunity to work as a doctor in Canada just because he doesn’t have original copies of his transcripts. He has a pdf copy of these, but the rules state that they need to be originals.

Another example of such real-life issues is Dr Theo Watson (played by Jim Watson), who is a paediatric resident, needing to be away from his family while he completes his residency. While he does try to commute as much as he can, his wife tells him that he should not come home for short periods of time as when he leaves his children don’t understand why he can’t stay longer.

While we’re not trying to put other medical dramas down, Transplant is a new and innovative way of tackling the subject matter. It makes you think rather than getting caught up in the characters’ lives. It makes you ask questions about what you’d do in the same situation. It’s fun for all in a whole new way.

We freely admit that we were heartbroken when McDreamy died in Greys and that we are all rooting for Dr Shaun Murphy in The Good Doctor but if you want to try something a little different, give Transplant a try.