And that’s what makes him such a great villain. The Clown Prince of Crime cannot be reasoned with because he has no rhyme or reason, and he cannot be relied upon to take sides or make a stand. The Joker will simply go wherever he can cause the most trouble, especially if it’s trouble for Batman.

He’s also a great character to be the bad guy in films – as has been shown again and again in the various Batman movies. The theatrical costume and makeup, as well as the over the top nature of the Joker, all add up to a bit of a visual feast on screen. He also looks like a lot of fun for the actors to play.

The first actor to don the white makeup and purple suit of the comic books was Cesar Romero. He was known as a character actor, and in many ways was the perfect starting point for live-action performance of the Joker. His version was more clownlike with a sense of mischief, rather than the darker more sinister versions we have come to know. Romero played the character in both the TV series and the spin-off film that flighted in the 1960s.

In 1989, Jack Nicholson wowed audiences and gave a few younger members nightmares in the Tim Burton film. Nicholson was no stranger to playing deranged characters and audiences today still love his interpretation of the villain. It was wholly despicable and cruel, and yet you wanted to laugh with him and be part of his group. 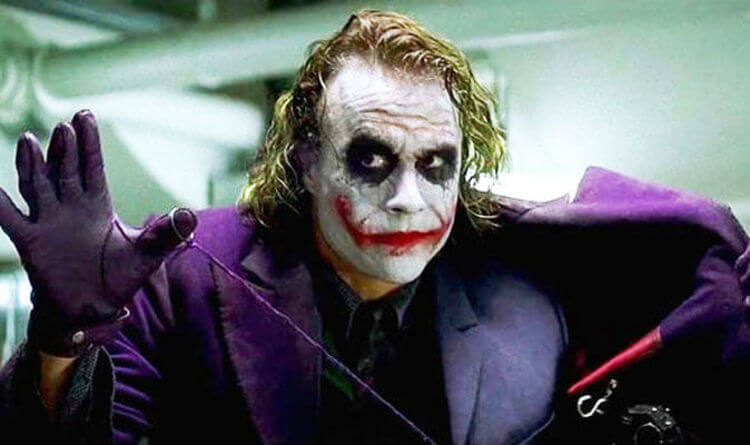 Heath Ledger shocked the world with his deeply disturbed and disturbing portrayal of the Joker in this 2008 film. It’s well documented that the actor went deep into his character and lost himself in it, something many have speculated led to his untimely death a few years later. The effects of Ledger’s Joker are truly chilling. Christopher Nolan, who directed the film, asked Ledger to take his inspiration from the darker versions of the comic books and graphic novels.

In some ways, Jared Leto’s Joker in the 2016 film was a modern reimagining of the earlier film portrayals. He was nasty and cruel, but also somehow fabulous – hanging out in clubs with gangsters, drinking champagne. Leto went full method with this film and apparently became quite a nuisance on set, upsetting his co-stars.

We’ve become so obsessed with the character that in 2019, a film all about the Joker (with no Batman in sight) was released. Joaquin Phoenix took on the role and portrayed a chilling descent into madness that is unlike any of the other incarnations done before on screen.