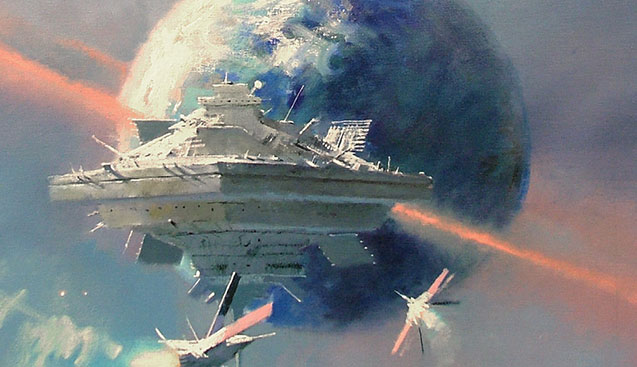 The term “space opera” was first associated with Star Wars, the massive franchise that changed the movie going experience forever. And while we almost always think of Star Wars when we picture a space opera, it isn’t the only film franchise in the world that makes use of space opera themes.

Over the last few decades, there are have been a number of franchises and movies that tell epic stories either set in space or at some point in the future. These are films with large casts, big stories to tell, and plenty of fascinating science fiction to keep viewers enthralled. For anyone that’s watched Star Wars one too many times, these are the best space operas that are worth checking out.

Created in 1984, Dune is considered by many to be one of the best science fiction movies ever made, and many of its special effects still hold up to this day. The story is set in the year 10191 during a war for control of the planet Dune, where a priceless substance is mined, “Spice”. It’s a thrilling story that touches on a few different sci-fi themes that had never been seen in cinemas before.

Serenity is the film and conclusion to the series Firefly that was cancelled after only one season. It was such a popular series among fans that there was a large outcry over its cancellations, and while calls for it to be brought back never materialised, there was enough support that a feature length film was created. What we were given was a true gem, a movie that took the best themes of the series and added them to a unique story that gave fans the conclusion they wanted, along with plenty of action.

Released in 1997, this is the only movie on the list that actually features opera set in space. The film, starring A-listers like Bruce Willis and Gary Oldman, follows the exploits of a taxi driver that meets a young woman, who he ends up having to save in order to save humanity. While it isn’t universally liked by everyone, there’s no denying that The Fifth Element is an important addition to the space opera genre, and offered some truly interesting themes to explore, which have been emulated from media to betting sites to enjoy.

By far the goriest space opera around, Starship Troopers stands out as both an action-packed war movie combined with a commentary on the military and propaganda. Set far in the future when humanity has spread out into the stars, Johnny Rico and his friends are drafted into the military after the planet is attacked by intelligent and powerful invertebrates from a different galaxy. It’s packed with plenty of memorable scenes – many of which are difficult to watch – as well as a compelling story of man versus bug that has become something of a cult classic among fans today.