Hellboy (2019) is the latest adaptation of Mike Mignola’s cult classic comics, released to cinemas on April 11. It has come as an attempt to reboot a highly successful film franchise that was kicked off by Guillermo del Toro back in 2004 – but alas, according to critics and those who have seen it so far, it simply hasn’t lived up to the hype.

Directed by Neil Marshall (who also directed The Descent), the film jumps from storyline to storyline with what some viewers have described as ‘graceless impatience’. Its visuals are impressive, to be sure, but many have called it choppy and complicated when it comes to plot, characters, and overall ambience.

The Battle to Suppress Queen Nimue

The film is based on its titular character, who must defeat the ancient, power-hungry blood queen Nimue once again to prevent her from taking over the world. Nimue (played by Milla Jovovich) was already put into place once by King Arthur himself, but has waited many centuries to attempt her takeover for a second time. The Arthurian storyline does indeed stem from the original comics, but as for whether or not it has been tastefully recreated, viewers are still very much on the fence. 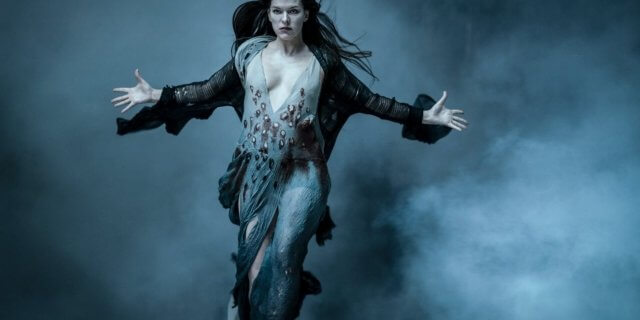 Anyway, the sycophantic yet seductive Nimue is threatening to return soon in Hellboy, and it’ll be up to Big Red and his team to vanquish the demon in a spectacularly gory battle.

Played by David Harbour instead of Ron Perlman, Hellboy is tasked with preventing the queen from being stitched back together to conquer the world. He also has a deep connection to King Arthur’s power on his side, along with his team; clairvoyant Alice, played by Sasha Lane, and paranormal investigator, ex-marine and were-jaguar Daimio, played by Daniel Dae Kkim.

One of the film’s biggest emotional focal points is the concept of the titular character’s true nature, and what he has the potential to become. Hellboy is reluctant at first to join the battle against Nimue, telling his father Professor Trevor Bruttenholm (Ian McShane) that the answer to every threat they face “can’t be annihilation”.

Big Red is concerned about a prophecy that he claims could bring around the end of the world after one brief vision in which he sees himself transforming a regular city into a hellish landscape of fire and brimstone.

A positive feature of the new film, according to critics, is its creatively imagined fantasy world and intriguing monster mashups. From profane Scottish demon-boars and child stealing fairies to massive toad warriors and even a naked, snake-like Ian McShane, there is no shortage of fascinating creatures to see in Hellboy.

Keep a lookout for the terrifying, backwards-walking witch Baba Yaga as well – her appearance in the film may be brief, but she definitely makes the most of it.

Many of these formidable beasts stem straight from the comics themselves, but as for the rest of the movie, you will have to make up your own mind about that. Faithful comic recreation or cacophonous muddle that will make you wish you had stayed at home and played real money slots Pakistan – I’ll let you decide that too!