With 2019 done and dusted, it’s time to look ahead into what 2020 will deliver, and we’re happy to report that things look promising! In terms of films, that is!

Fans of the original movie have been lusting after a sequel for decades and it’s finally here. The premise is very different in this sequel, however, since we’ll be following a family moving to a small town only to learn that they have a connection to the original Ghostbusters crew.

And it just so happens that there’s something strange in their neighbourhood, so a couple of kids band together and decide to use the old equipment belonging to the original Ghostbusters to set things right. What makes this release especially exciting is that most of the original cast members will be returning.

Kenneth Branagh is taking a second shot at bringing classic stories from doyen of the crime-writing genre Agatha Christie to life.

He’ll be directing Death on the Nile as well as reprising the role of Detective Poirot, and Annette Bening, Armie Hammer, Gal Gadot, Rose Leslie, and Russell Brand are in the talented pool of actors joining him. It’s an adventure film set in Egypt, which focuses on a love triangle gone wrong.

Death on the Nile is sure to prove that certain work, like Canadian Blackjack games, mechanical fountain pens, and classic modes of transport, never goes out of style.

The Many Saints of Newark, Release Date September 25, 2020

The idea of a prequel to the brilliant American drama series The Sopranos has fans in a frenzy, and everyone is delighted at the prospect of The Many Saints of Newark hitting the big screen later on this year.

David Chase, the American director, producer, and screenwriter best known for writing and producing The Sopranos’, wrote the script and series director Alan Taylor is at the helm.

The Many Saints of Newark is set in the New Jersey city as it was in the 1960s and 1970s and shows us how several of The Sopranos’ characters began their days. Included on this list is Tony Soprano, portrayed by the late great James Gandolfini in the HBO series, who’s younger self will be played by Michael Gandolfini, son of the magnificent actor.

Plot detail specifics have been kept secret, but this film celebrates a show that remains a cultural landmark and it has a good chance of becoming something iconic thanks to the talented cast and crew involved. 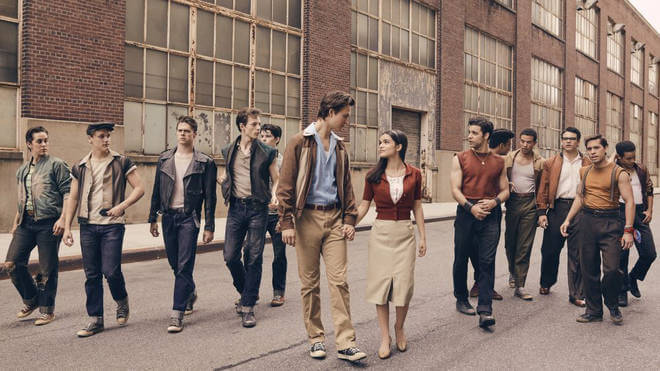 Steven Spielberg has been talking about making a musical for most of his career, so fans are thrilled at the prospect of him finally doing it. Even movie-lovers who aren’t particularly enamoured of West Side Story will be drawn to the film when it gets released thanks to his involvement.

Tony Kushner, who collaborated with Spielberg on films like Lincoln and Munich, is part of the project and we’re counting down the days until December 18 rolls around!