IT is a 2017 American horror film based on the novel of the same name by famed horror author Stephen King. The film is directed by Andy Muschietti, and stars Bill Skarsgard, Jaden Lieberher, Jeremy Ray Taylor, Sophia Lillis, Finn Wolfhard, Chosen Jacobs, and Dylan Grazer.

Taking full inspiration from the 1986 novel, the film revolves around an evil clown that appears every 30 years in the small town of Derry, Maine.

The audience follows the exploits of a ragtag group of friends as they battle to keep themselves safe from the cosmic horror lurking beneath the streets of their otherwise quiet town.

The film premiered on the 5th of September, 2017, in Los Angeles, and was released theatrically three days later by Warner Bros. and New Line Cinema. IT set a number of box office records, and grossed $700 million worldwide, making it the highest grossing horror film of all time.

The film also received widespread positive reviews, with many praising Skarsgard for his chilling rendition of the horrific clown.

In October, 1988, Bill Denbrough give his little brother, Georgie, a sail boat made out of paper. Georgie sails the boat in the rainy streets before it gets swept into a storm drain. This is where we first encounter Pennywise the Clown, who beckons Georgie to come closer to retrieve his boat. When he gets close enough, Pennywise tears off his arm before dragging Georgie into the depths.

The next summer, Bill, along with his friends, band together and create “the Losers Club” and quickly make an enemy of neighbourhood bully, Henry Bowers and his gang. 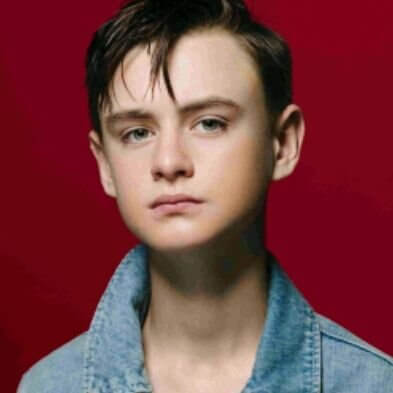 The group slowly begin to learn about the town’s long and gruesome history, specifically the large number of children that disappear every three decades. All of the members of the group encounter the entity throughout their summer, often in the form of their worst nightmares. They decide to confront him as a group, and they manage to drive Pennywise back after a brief encounter in an abandoned house.

Beverly is abducted by the creature sometime later, and the Losers Club assembles to delve into the sewers to try and rescue Beverly, who has now woken in IT’s lair and seen the many dozen children that he’s consumed over the years.

They confront the entity, and realising that it feeds off of their fear, they manage to push him back until he escapes down a tunnel before they run to safety.

Beverly tells the group she had a vision of them fighting the creature as adults, and they all make a blood oath to return to the town when it resurfaces, creating the premise for the second film of the franchise, set to release at the end of 2019, making it a good choice for those seeking a short break from Netflix series of online pokies Australia.

The original IT, which was released as a television series, had plenty of scares, but it faltered during the second part.

The latest IT, which is packed with plenty of terror and successfully rebooted the franchise, is a worthy successor and a strong addition to mainstream horror.